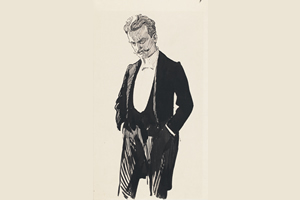 Coming to an efficient, organised place like Finland, one might have thought that opening a bank account would be as easy as falling off a log. Hence, it was a bit of a surprise to me to find that a few friends had not only had difficulties, but had in some cases simply given up.

A little investigation with one friend revealed that several Finnish banks not only do little to entice foreign customers, some seem to actively discourage them.

One of the largest banks in Finland provides no services at all in English. Neither their online banking, nor customer service, nor meetings in branches can be held in any languages except Finnish or Swedish. For new arrivals in Finland, that means you either have a local person help you set up an account and pay your bills – or you bank elsewhere.

Another bank was willing to hold meetings in English, but from that point on provided a series of hoops for us to jump through. When my friend presented her Kela card as proof of legal residence in Finland she was told this was not sufficient – she would need to go personally to Maistraati and ask for a certificate which confirmed that she had a Kela card.

Another potential hindrance is proof of employment – if you are in Finland with your (employed) partner or own your own business, chances are you will not be permitted a bank account in your own name. Although my friend owned an apartment in her own country, she was told that here she would have to use her boyfriend’s bank account.

Strangest of all is that customers must explain why they need a bank account. A joint bank account for shared bills is not a valid reason. Neither is having moved here from another EU country. In both cases, the bank declined to issue credit cards unless we could come up with something more compelling.

Although I have no doubt the banks will say differently, to my mind these policies have been developed with a clear view to discouraging non-Finnish clients - and I thought the very concept of the EU was to end exactly this kind of practice.

Is it really the contention of the banks that a German citizen with a perfect credit history, €20,000 in his bank account at home, and who runs a small firm with his Finnish girlfriend, cannot be trusted with a Visa card?

Do banks really not think that it is worth providing netbanking services in English in a country where perhaps 100,000 people are not native speakers of either national language?

Not only do these challenges ultimately cost banks themselves, they also make life very difficult for normal, working adults who happen to be living in Finland.

The world is not as it was in 1976. We all move from one country to another for work, or our studies or for our partners. Many of us will live in three or four countries during our lifetime. If we can deal with that while still paying our bills and taxes – shouldn’t our banks also be able to keep up?