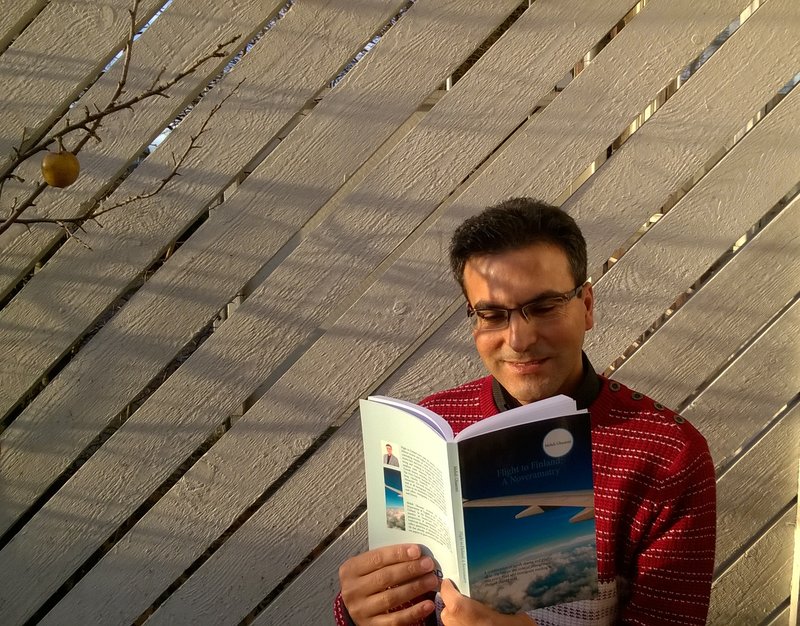 This book is a collective voice of immigrants, and accordingly, voices some of the concerns of immigrants. It simultaneously informs Finns about the country's positive aspects so that Finns may retain and even expand on them, as well as less ideal aspects so they might modify them. Thus, the book is recommended to all Finns as well as all immigrants residing in Finland. It helps Finns to see themselves from a different perspective and offers immigrants a review of Finnish culture and history.

In it, the author employs innovative techniques – narrative, linguistic, and typographic – to transform the conventional forms of writing and transfer certain feelings to the readers. The work is mainly in English, but Ghasemi has employed some Finnish, Swedish, and German based on the background of the characters.

The book is now on Adlibris.com, Amazon.com, Kindle, Suomalainen.com, BoD.fi, and a few other websites.

Mehdi Ghasemi received a PhD from the English Department of the University of Turku and is now a post-doctoral research fellow at the same university. He has already published four scholarly books and ten articles in peer-reviewed scientific journals with three more articles in the pipeline. He has now additionally written a fictional book. This fiction, Flight in Finland: A Noveramatry, is a combination of novel, drama, and poetry, all in line with the issue of immigration to Finland.

He is now writing his second fiction, titled How I Became A W Finn: A Noveramatry.