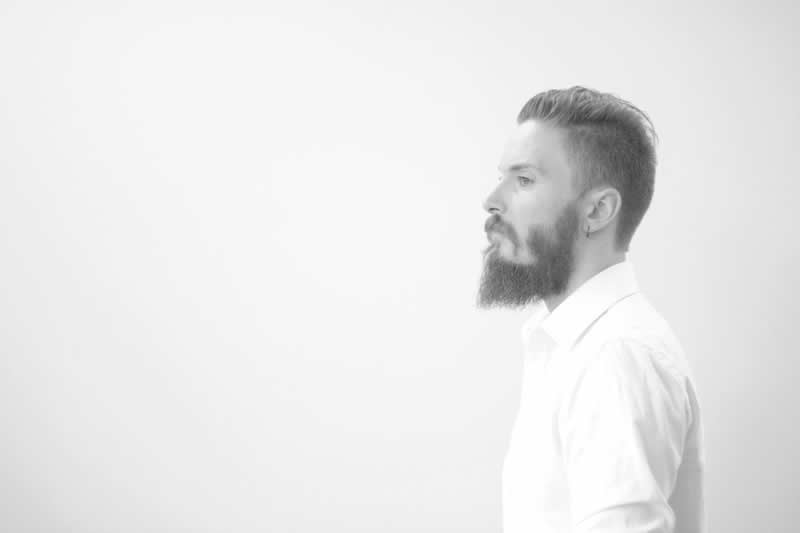 FAROESE SINGER-SONGWRITER BENJAMIN will play his first ever show in Finland on February 11 as part of the artActica Festival (February 11 – 13). Time to find out a bit more about the musician that already sparked the interest of e.g. the German Rolling Stone magazine.

Tell us a bit about your career so far and your musical background.

I started playing the violin at the age of four and switched to guitar at six years old because I was always playing the violin like a guitar. The Faroese music scene is very active and vibrant and I jumped right into it at a very young age, playing with bands and solo artists. I eventually ended up playing with some of the bigger names in the Faroe Island who were also touring a lot such as Eivør Pálsdóttir and Teitur Lassen.

I found my musical soul mate Jan Rúni Poulsen as a teenager and we have been a team ever since. A little later Mikael Blak came along, with him playing bass and keys and Jan Rúni on drums, I felt that I had found the people that I could go anywhere with. When I was 18 I recorded my first record and have released four in total since then. Three under my own name: Benjamin (2008), Ghost With Skin (2011) and Perfume Variations (2015) and one under the name Ave (2014). Ave is a collaboration between myself and Faroese poet and singer Petur Pólson, and it has received four Faroese Music Awards in 2015.

How is it to be a musician on the Faroese Islands with its active music scene?

The Faroe Islands are filled with talented artists, and the scene here really has a great vibe and everyone is inspiring and helping each other out. The size of the community makes the road from thought to reality very short and that makes it easy to be creative on these small islands. Furthermore, the isolation and depressive winters make creativity an almost a crucial drug, whether it’s playing music, writing, painting or anything else, to keep one's sanity.

Your music is described as voodoo pop - why?

It was mentioned to me by a journalist in Hamburg at the time when Ghost With Skin was released and we were touring in Germany, and it just kind of stuck with us.

You spent time with the Aché Indians in Paraguay, how did that come about?

My father is an adventurer and has had a connection to the Aché Indians since the 80’s. I grew up hearing his stories about these Paraguayan native tribes and was lucky enough to join him on one of his trips. It is hard to describe what an adventure like that does to you, but it certainly sets life in perspective and makes everyday problems that fill up the minds of most modern human beings seem small, irrational and a waste of time and energy. Musically, it gave me a way to dig deeper.

The show at artArctica Festival is your first concert in Finland – what do you expect?

I have been wanting to come to Finland to play music for a long time, so when my friend Eija Mäkivuoti found a way to get me to play there I was very thankful and excited. I have a drummer friend from Helsinki called Mamba who I have played with on a couple of Eivør tours, and I’ve meet a few crazy Finns on other tours so I guess it’s gonna be a lot of fun.

What are your future plans?

At the moment Jan Rúni, Mikael and me are working on a new record. Most of it has already been recorded, but we still need to add some final touches. This record will be something completely new and we are very excited to share it with people. Ave is also writing songs at the moment, and we are planning on recording our second album sometime later this year. As to other future plans, they will hopefully include some touring in Finland with my band.

Tickets for Benjamin’s concert are 10€ and can be bought via the festival’s website or Mesenaatti campaign, and his participation is supported by Tjaldur, the Friendship Society Finland-Faroe Islands and the Nordic House in the Faroe Islands.