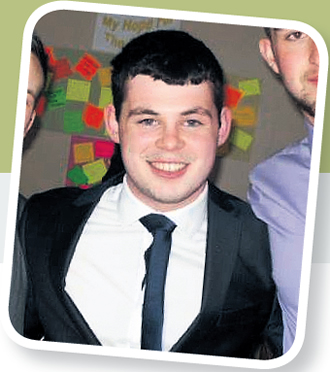 Before I came to Finland, I was expecting mountains of snow, freezing temperatures, and dour people. My preconceived notations of Finland could not have been further from the truth. From the moment I arrived in Helsinki, I was made to feel welcome everywhere. The people were very nice and helpful. If my friends or I needed something or directions, the staff in the hotel were very helpful, and after a bit of a mix up with the rooms they gave us a free drink to compensate!

The weather has been lovely since we arrived, far from the dark and freezing temperatures I was expecting. I was expecting snow, but on the first day we had glorious sunshine. The temperatures are quite similar to Ireland, which made it easier to adjust to the city. It's lovely to be able to go for a walk during the day after I finish work and explore the city, without fear of being pelted with rain like in Ireland. The city itself is beautiful. It is extremely clean and the buildings are wonderful. The harbor is perfect to sit down beside and relax.

From a student's point of view, the nightlife has been fantastic. Our little group has been to quite a few of the pubs and the nightclubs and they have all been incredible. On our first night we ended up at an Irish pub, and it was one of the best experiences that I have ever had. The Finnish people who were there were great fun and the Irish band that was in for the night were delighted to see some fellow "Paddys". After that night, we hit any pub or club that looked good. None disappointed. The sports bars we went into to watch the Champions League games were incredible. They were packed to bursting point and there was plenty of good-natured banter with opposition fans throughout the night. It was the way a sports bar should be and made for a very good night.

The city is the polar opposite to Ireland. The differences are truly incredible, but that is what makes Helsinki a wonderful city and place to live. One of the major differences that I noticed, which makes me respect the Finnish people, is that I have seen a lot of children who ride the tram on their own. If you saw this in Ireland people would be calling child services to have the parents locked up because it would be considered very dangerous for a child to ride the tram without an adult. In Finland I have seen children on the tram on their own everyday. I think it's wonderful that people have enough trust in each other to be able to allow their children out around the town on their own.

But the main reason that I fell in love with this city from day one has to be the way it is like a mixture of a proper city and yet has the quietness of the countryside. I live in the countryside in Ireland and the peace and quiet is one of the things I treasure. In Helsinki you have all the shops and restaurants and bars, but you still have the peace and quiet that I adore. For me that is the most attractive thing about this wonderful city. I would recommend Helsinki to all my family, friends, and anyone else who cares to ask.