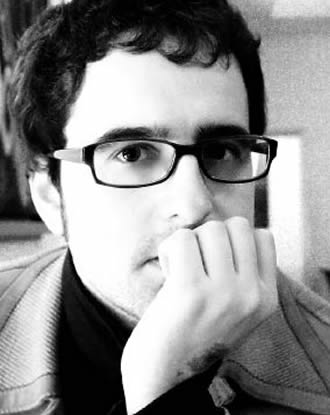 Recently I found myself reading through a list of the rights and obligations of Finnish citizens and was struck by one particular obligation, which forced me to really start thinking and analyzing my own personal ethical thoughts and questions on the matter. This is the obligation, as stated on migri.fi, that 'each citizen of Finland must participate in, or contribute to, the defense of the country.'

Conflicts tend to be complex and to pose complex questions to the individuals involved, absolute right or wrongs almost impossible to conclusively reach; they are the realms of grey-ness and ethical ambiguity. It thus seems challenging to, by virtue of being a citizen, submit the entire personal ethical questioning process to the dictates of the state and offer a carte blanche of commitment to the unknowable terms of the future.

Does being Finnish entail that one must commit to having a very black-and-white absolutist stance on very complex, multifaceted ethical questions regarding the circumstances of conflicts that have not yet taken place, and thus the nature of which cannot be known?

Is it, for example, fundamentally incongruent to be both a Finn and a pacifist, or even to be a Finn and uncertain? Is it not within the range of possibilities of a Finnish citizen, even if they are adamantly against the idea of occupation, to choose peaceful surrender over a possibly bloody and destructive defense?

Such a position need not necessarily imply lack of love, patriotism, or even commitment to a country, and could equally be interpreted as a difficult ethical assessment (for the good of a nation) of one for whom the safety of the people and physical infrastructure (the tangible aspects of a nation) are too valuable to risk. Is it not the right of a citizen to maintain uncertainty (as hypothetical events in the future tend to be uncertain) and only commit to a stance after having assessed the actual conflict and the best possible ethical solution?

Each conflict should be separately analyzed on its own terms, and to commit categorically to a stance in the impossible-to-predict possibilities of the future seems to be rather irresponsible. Such a commitment aligns itself more to the 'my-country-is-right-or-wrong' mentality (or assumption) than to mature ethics. What if the nature of the Finnish state were to change into something more aggressive (I am not saying this is likely, or something I am concerned about, but perhaps an extreme hypothetical example can demonstrate a problem with the obligation) and Finland attacked another country (euphemizing the offense as a defense), is this something we want to be obliged to partake in? Or, if the political situation becomes very extreme and a situation arises where certain minorities or segments of the population are being violently persecuted and another country invades to put an end to this, could it not be seen as perhaps morally objectionable to defend?

When bringing up this topic with others, the response tends to be along the lines that such an obligation needs to be understood in terms of the country's history. True, history contextualizes the obligation, but history does equate the present or the future, and to commit to the unknown based on the past is, I would argue, ethically dubious.

I am not writing this as an expression of lack of loyalty, or a lack of appreciation for my new citizenship (in which case the opposite is true), or to even claim that I would not participate in the defense of Finland should need be. I write this as a defense of the virtues of uncertainty and personal ethical questioning, against absolutist commitment, virtues I imagine a country should want of its citizenry.