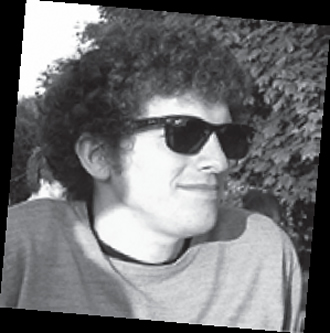 I have been living in Helsinki for 2 years and it is only now that I am really starting to discover what lies beneath the surface. Each week I am taken to a new area by friends or hear about something that I never knew about and completely intrigues me. I have the urge to visit and experience everything Helsinki has to offer.

There is one setback. Not being able to read or speak Finnish leaves you at a slight disadvantage. You hear about news and events usually too late, or in most cases after they have happened. It is difficult to connect with a city that you are unable to communicate with.

One of my latest discoveries is the area around Kalasatama and Suvilahti. I was first taken there by a friend who had used the area as a backdrop for a handful of photoshoots. I couldn't believe that I had been passing this area almost every day for the last 2 years and knew nothing about it.

Once you walk through Suvilahti and the nine former power production buildings that closed down in the '70s, you come to a skate park. Here the graffiti slowly starts to appear, a little further and the graffiti covers all available surfaces. In the background are the towering chimneys of the Helsingin Energia power plant.

This area is a controlled environment where graffiti artists can come and make their mark. Every available space is filled with some of the best graffiti I have ever seen. Among the old buildings and disused chemical toilets is a wall that stretches for 500 metres to the water's edge. This serves an ever-changing canvas to the local artists.

Once you have admired the work on display you can relax at Ihana Kahvila, while you enjoy a coffee and look upon the city from a different view that includes the Uspenski Cathedral. From here you can also see the island that houses the Helsinki Zoo, a stone's throw away across a small strip of water.

This area is all about community. There are micro-communities of Finnish culture that work away without interference in their small corner of Helsinki. You can visit a sauna that was built on the rocks for anyone who wishes to use it; the only rule is don't swim too far out. It is a community sauna built and operated by volunteers of Sompasauna and free for the public to use.

As there are little places for people to garden in central Helsinki. An environmental NGO called Dodo has been specializing in "guerilla gardening." In Kalasatama, they have made a temporary partnership to turn an area of disused land into an urban garden. Large rubble bags filled with soil where gardeners can come and grow vegetables in the center of the city, of course, against the backdrop of graffiti.

The Kalasatama area is currently involved in a huge development project that will see this plot of disused land change dramatically. Modern apartment buildings have already started to spring up in a development project that will last until 2030. The apartment blocks will reach from the Kalasatama metro station all the way to the power station and line the harbor. Who knows what the future brings to this area of urban culture.