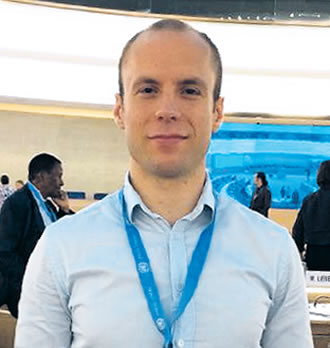 I come originally from Greece. Having studied Philosophy of Law in Athens, I decided to live and study in Finland for a couple of years, fascinated by the system of wealth redistribution in Finnish society. One of my main aims was to discover the mindset sustaining the Finnish reallocation of resources and capabilities and bring my impressions back to my country. I could never ever have imagined that, 2 years after the launch of my project, I would describe the Finnish life as incorporating elements of the Spartan way of life.

First and foremost, the Finnish plainness is remarkable. In every context, from language to manners and from attire to cuisine, simplicity constitutes the main option; not because the Finns are hicks, as the Swedish urban myths describe, but because they are wise-minded. The Spartan simplicity was considered by the rest of Greeks as a philosophical way of life, so why not the Finnish one?

Secondly, the feeling of shyness is striking at first sight; women are naturally shy and flirting is complicated, while male shyness may be considered as lack of initiative, but this is not always the case. The shyness was imposed on the Spartan youth as an illustration of respect towards the more experienced of the community. In Finland, respect towards elderly people is not negotiable.

Next, the equal position of women shall definitely qualify among the similarities between the two societies. The pioneering social perception of women in Finland resembles the free and responsible everyday life of Spartan women to such an extent that my comparison becomes extremely captivating.

The expedient focus on the education of children and youth features among the first priorities of both societal organizations. The young Finns are well-equipped to lead satisfactory and rewarding international life, offering part of the surplus to their society. Spartan youth was considered the nucleus of the society and, as such, it was extremely well-trained and prepared to increase the fame of the polis.

Of course, I could not leave aside the strong relationship with the nature. In both mentalities, nature plays a key role in upbringing capabilities, skills, and talents. Enduring harsh weather and climate phenomena were not a choice for both civilizations, but an enforced necessity.

There is still a lot to discover about both Spartans and Finns. Nevertheless, I am convinced of one thing: I never regretted my choice to live in Finland where I discovered a part of my Greek identity!