The challenge of youth unemployment, and legislative and regulatory measures taken to tackle it

In order to tackle youth unemployment, the European Union has introduced a new approach, the Youth Guarantee, which seeks to ensure all young people under the age of 25 either employment, apprenticeship, traineeship, work try-out, or continued education within 4 months of graduation or unemployment.

Nationally, the Finnish government also emphasizes improving the labor market status of young adults. The Finnish Ministry of Employment and the Economy (MEE) has put in place an intermediate labor market (Finn. Välityömarkkinat) in order to offer subsidized job opportunities for people who, for different reasons, have a difficulty in finding a work place in the open labor market.

A wage subsidy is given to employers to help cover a certain percentage of the pay costs of an unemployed jobseeker. It is an incentive for employers, which encourages them to employ unemployed jobseekers, because the actual employment costs incurred by the employer are lower. A jobseeker for which an employer receives wage subsidy enters into an employment contract with the employer, and receives a salary for his/her work. The amount of wage subsidy is generally determined by the length of the unemployment of the jobseeker. Similar to the work try-out, wage subsidy decisions are made by TE-office officers.

Monik NGO and Urax in a nutshell

Monik NGO (Finn. Monik ry) is a Finnish multicultural non-governmental organization. It was founded in 2011, and its goals are to further the integration of immigrants into the Finnish society and to improve dialogue between various groups and members within the society. The focus of Monik’s integration efforts is on improving employment. In order to further and improve employment, Monik NGO started the Urax career coaching project in the June of 2014.

The Urax career coaching project is targeted towards unemployed jobseekers with an immigrant background living in Helsinki between the ages of 18 and 29. Immigrants are defined according to their mother tongue in the context of the project, meaning that it includes all those who have a mother tongue other than Finnish, Swedish, or Sami.  The goal of the project is to provide the target group with tools that are needed to find employment. Primarily, the goal is to find employment in the open labor market. If that is not possible, the secondary option is to find employment through means of the intermediate labor market. During years 2014 and 2015, the project has employed one full-time employee, and its target has been to assist at least 15 young adults in finding employment.

Why is there a need for Urax?

The reasons for Monik NGO developing the Urax career coaching project are manifold. Firstly, as has been previously discussed, youth unemployment is substantially higher when compared to the rest of the labor force. In addition to this, immigrant youth suffer from even greater levels of unemployment. In 2013, the percentage of unemployed 18 to 29-year-old immigrant youth in Helsinki out of the total labor force was 17,9%, whereas the corresponding percentage for indigenous Finns was 6,7%.

There is growing evidence pointing to the fact that youth lack the necessary job seeking skills that are required to find employment. Employers have lately complained about not being able to reach young jobseekers when they have tried to call them for an interview.  There are reports also of incomplete or poorly filled out CVs, which all point to significant inadequacies in the job seeking skills of youth. Not only have employers reportedly commented about poor job seeking skills, but there have also been reports about youth not having the necessary tools to actually cope at work after finding employment.

While working with immigrant youth, I and other members at Monik have come to realize that these aforementioned challenges are even more prevalent amongst immigrant youth. Immigrant youth often speak Finnish as a second language and therefore experience more difficulties in the job seeking process. Even immigrant youth who have lived in Finland since their childhood or who were even born in Finland face greater challenges than indigenous youth, because they are often brought up between cultures.

Perhaps the greatest challenge faced by immigrant youth, which serves as an impediment to finding employment, is the lack of networks. Few immigrant young adults, or immigrants in general, are well networked. They lack the necessary contacts to secure that first summer job or professional workplace, which will open up future employment opportunities. The problem of inadequate networks is a problem shared by most jobseekers, so one can only imagine what kind of a problem this poses for those with an immigrant background.

To my surprise, career counselling theory does not put as much emphasis on the latter phase of the counselling, which is the phase in which a client starts the practical job search, as it does on the approaches of counselling and the psychology behind decision-making. The Urax career coaching project is more focused on actually helping clients find employment. Whereas career coaching is traditionally seen to be a process in which a coach helps his/her client in the career decision-making process, it was clear from the project’s initial phase that the overwhelming majority of clients did not need this type of coaching. Rather, they already know what kind of work they want to apply for and do, but they lacked the means of actually applying and finding the job. Thus, it may be argued that a more suitable term for the kind of work done at Urax is job search coaching rather than career coaching.

The operational model of Urax

When developing the Urax project, it was important to create a distinct operational model that would be used during the coaching. This model could be used to guide the project worker. As existing theories and models related to the specific type of coaching done at Urax are scarcely available, I as the project coordinator, together with other staff at Monik, proceeded to create a unique operational model. The model is based on the observations made about the target group and their perceived needs. It is best visualized when dividing it into four different stages: mapping, supporting, prepping, and post-employment services.

Mapping is the first stage of the coaching phase. Clients often find their way to the project via Monik’s website (www.monik.fi), the project’s own website (www.urax.fi), friends, social media, the TE-office, or other partner NGO’s and projects. When a client comes to his/her first session, the time is used for mapping the current situation. The most common place to start is from educational and work history, as well as the type of work that the client is interested in. This then gives an idea of whether finding employment is a viable option. If in the mapping phase a client is found to be lacking adequate education and know-how or Finnish language skills, it may be concluded that he/she would benefit more from another project, course, or service. Sometimes a suitable course can be found within Monik’s own offering, whereas at other times partner organizations and projects are utilized to find the best possible solution. If, on the other hand, finding employment is a viable possibility, the client is processed into the project database, and he/she becomes a client. At this point, a personalized plan for the job search is made. This includes agreeing future appointments and what strategies will be used to find a workplace.

Shortly after mapping starts what is termed the supporting phase. In this phase, the client is given concrete assistance in the job search. This includes creating a CV and cover letter, searching for vacancies, helping fill out job applications, as well as contacting employers. In cases where the client and his/her knowhow is known to the project worker, he/she may be recommended to companies. The supporting phase may even start during the first meeting simultaneously with the mapping phase. In certain examples, Monik has had a corporate partner that needs exactly the kind of knowhow possessed by a client. In these kinds of cases the project worker has contacted the company, and in best case scenarios job interviews have been agreed upon after the very first session with the client.

The Prepping phase is important especially for those clients that do not have a lot of experience from job interview situations. In this phase, clients are prepared for interviews with the use of interview simulation techniques as well as by going through important steps to take into consideration before, during, and after the interview. The prepping phase also includes giving advice to the client after the interview, such as when to contact the prospective employer or whether to contact at all. The Urax website includes aiding material related to job interview preparation that can be accessed by clients and others as well.

In the case of successfully obtaining a workplace, the client-coach relationship does not immediately cease to exist. Rather, throughout the project we have come to see the importance of Post-employment services. Clients often feel overwhelmed by the change that takes place after employment. A new work environment with new guidelines and people is a lot to handle at times. This is why the post-employment phase has been put in place to support the client even after employment. Support is given in the form of advice and help. In certain cases, the work might even abruptly end, and the client returns back to the project. The post-employment service allows the project worker to anticipate all of these events and respond to them accordingly. This is even more important, if the client is employed via the intermediate labor market, because in such cases the employment will more likely terminate in the near future. 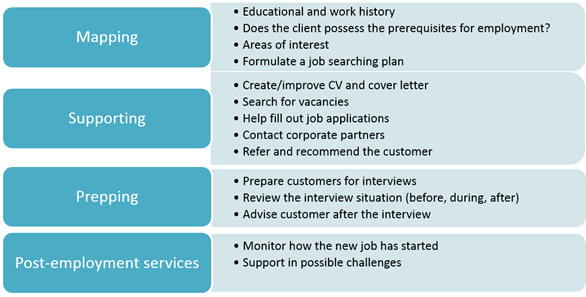 Figure 2. The operational model of the Urax career coaching project

In addition to the core job search coaching, clients are offered support and advice related to lifestyle. Matters such as time management, healthy lifestyle and personal finance management can all be factors that make it more difficult for a person to get employed. If need be, clients are referred, with their permission, to professionals of various fields that can offer their expertise.

Overall, the operational model of the project offers a structured guideline, which the coach can use as an aid during the coaching. Although the model has been described in a sequential manner, it is very well possible that some of the stages are executed simultaneously. The coach needs to be able to identify the needs of the client and offer the right combination of services at the right time.

In the upcoming article, the actual results of the project are examined. In addition, three client case studies are looked at to show the journey towards employment of young adults with an immigrant background. Finally, the project’s best practices are discussed.

This article is the first in a series of three articles that aim to promote, evaluate, and develop Monik NGO’s Urax career coaching project. The Urax career coaching project aims to improve the employment situation of young adults with an immigrant background between the ages of 18 and 29. The first article is more of an introductory article. In it, the issue of youth unemployment and measures taken to tackle it are discussed. Furthermore, Monik, the NGO which administers the Urax project, is introduced. Finally, the background of the project and its operational model are explained. It is hoped that this article would set the stage for the latter two articles, which provide more in-depth analysis about the results and development of the project.